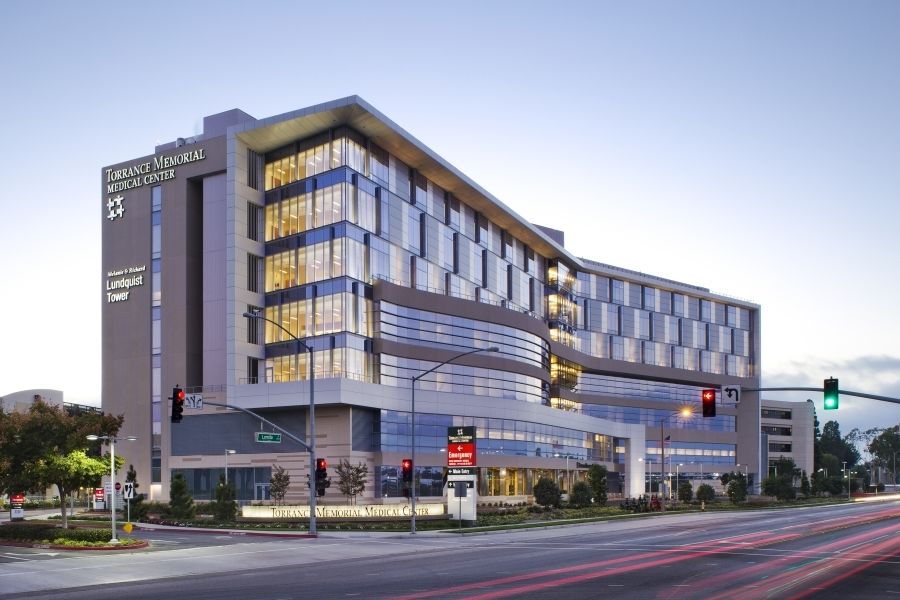 Torrance Memorial Medical Center prides itself on having the expertise and technology to deliver the best medical care possible. When the time came to replace an aging building on its California campus with a state-of-the-art facility, hospital executives realized the opportunity to eliminate a daily technology challenge.
The slow process for accessing patient information as clinicians and physicians made their daily rounds was a daily barrier to delivering the best patient care. Torrance Memorial has grown to include an extensive network of physicians and comprehensive medical services crossing the continuum of care.
As the organization has continued to expand, the solutions deployed to meet yesterday's needs no longer met the needs of a progressive, multi-faceted healthcare system. Torrance's IT infrastructure consisted of aging systems cobbled together as they added physical buildings during their growth. 'We have different solutions deployed over the years, including desktops, tablet computers, and mobile carts,' said Steve Lantz, Director, IT Infrastructure & Operations.
"Many of these devices use generic logins to get on the network, and then individuals use their own credentials to log in to specific applications. As people moved through the facilities, they had to log out and log back in again, creating inefficiencies. Like most organizations, Torrance Memorial had become more dependent on information technology, and the solutions have become more difficult to support. If we had to swap out a device, it was time-consuming for the staff." Lantz said. Trying to prolong the use of various types of aging equipment also created issues and slowed access to applications. When Lantz joined Torrance Memorial in 2011, the center began constructing a new seven-story 390,000 square-foot patient tower.
The technology team was already working with Coretek to find a better solution for delivering systems to mobile workers in the existing hospital. Lantz halted that process and asked Coretek to evaluate the broader needs of the expanding organization.

Coretek deployed Lakeside Software SysTrack on 300 personal computers to gather information on how clinicians and physicians worked. The assessment revealed valuable information that helped build the foundation for designing a virtual desktop solution.
"Coretek was committed to understanding what we needed and facilitated many conversations about how staff operated,' Lantz said. 'They didn't just rush to define and implement a solution." The Coretek team suggested a more efficient single sign-on system to reduce the amount of time clinical staff spent gaining access to system data and demonstrated how a virtual desktop could "roam" from a device located anywhere.
The solution also included proximity printing which was an essential business requirement. Coretek implemented its Virtual Clinical Workstation framework, which provides a fully de-coupled virtualized desktop, user, and application delivery environment accessed via a proximity badge tap and allows users to roam seamlessly between endpoints and mobile devices.
Coretek worked with the Torrance Memorial team to design and implement the virtual system, which incorporates Citrix XenDesktop, Citrix XenApp, Imprivata OneSign, and AppSense Environment Manager. They set up a small environment in June 2013 with two devices in Radiology and 10 in the ICU deployed on mobile carts. The Nursing Informatics team played a critical role in validating workflow, discovering issues, testing, and re-testing. 'The pilot helped us confirm that this solution could make a meaningful difference in how we worked within our organization,' Lantz said. With the opening of the Lundquist Tower in November 2014, they were faced with either deploying more of the legacy desktops, tablet computers, and mobile carts or leveraging the Virtual Clinical Workstation solution.
After many discussions, Torrance chose to launch a more extensive deployment of more than 500 devices on multiple patient floors in the new $480 million tower. To make this transition, they worked with Coretek to design the best backend infrastructure and network to support the new system. "We leveraged Coretek's experience with other deployments and with Cerner, and in the end, it was a great success."

Not only has Torrance Memorial increased the productivity of its physicians and clinicians working on several floors in the Lundquist Tower, but they've increased computer security and reduced time spent on desktop support and maintenance.
The new login process is 50% faster, taking just 20 seconds on initial login and just 10 seconds or less on reconnects. Clinicians and physicians now access multiple electronic health records quickly and resume work where they left off with a simple tap of the badge as they roam through the building visiting patients. With clinicians and physicians signing in 40-50 times a day, the staff has re-gained nearly an hour more per shift to spend with patients.
Printer access dynamically roams with users, allowing them to print to the nearest printer. They also implemented self-service password reset that speeds their time to log in when they mistype their passwords. By deploying virtual clients, it is much easier to service equipment and manage updates. If a device fails, a new one replaces the old in minutes. "There are fewer hardware issues, and we're able to handle them much more quickly," Lantz said.
Learn more about Clinical Cloud Workflows and how to leverage them for your practice!
Start a conversation
with our team today!